Why Does Everyone Use Adobe Acrobat [Reader]? 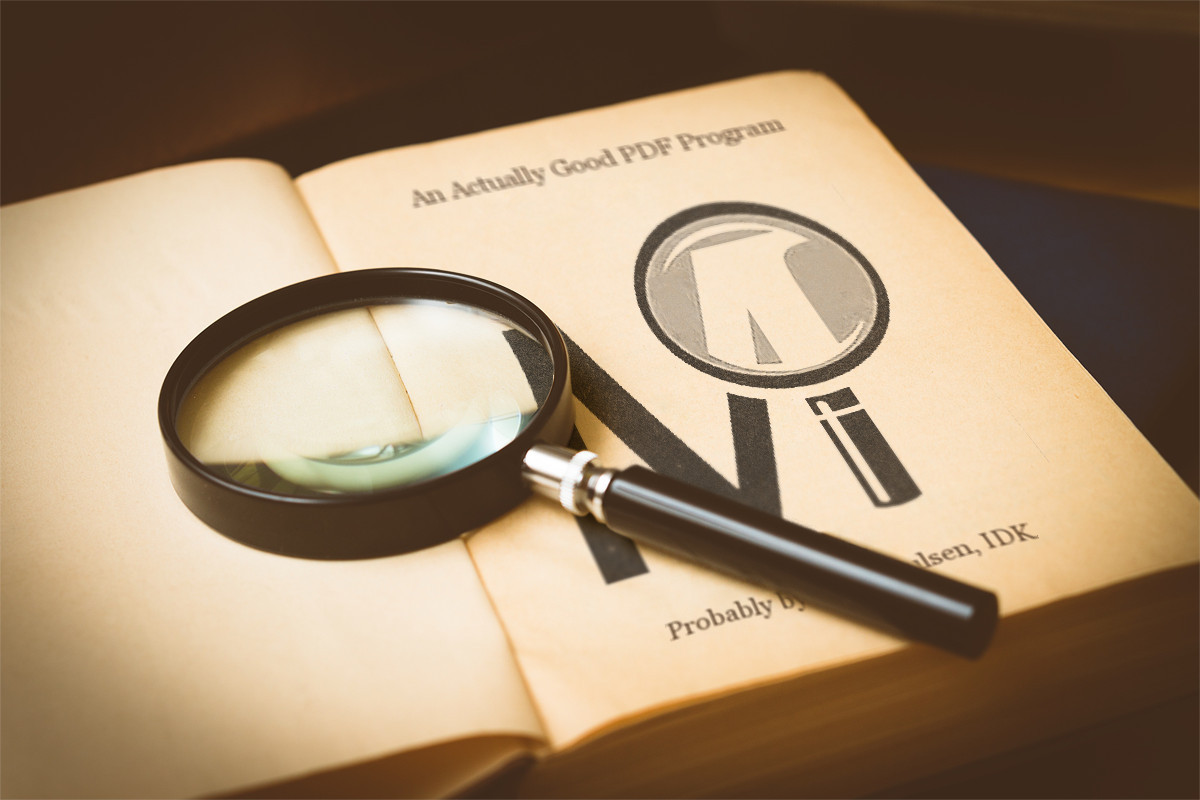 This is something that I've never been able to figure out. All through high school I had to use PDFs. And if you wanted to open a PDF, everyone understood that you needed Adobe Acrobat Reader. Even web sites where you downloaded PDFs insisted that in order to open them, you were going to have to follow a download link to make sure you have Acrobat on your PC.

Fast-forward a few years into college and I'm using PDFs more than ever. Every professor ever is scanning and uploading course material, so out comes Acrobat Reader for literally every teacher and student. At this point I was actually used to using Firefox (PDF.js) to view PDFs for a couple of reasons. First of all, Firefox usually opened PDFs faster than Acrobat Reader did. Reader was getting bigger with every release, and eventually had a monstrous UI to load up every time I wanted to open a tiny PDF file. Second, Firefox had smooth scrolling for page-width documents. Reader was getting slower and laggier with each release, to the point where scrolling through a PDF was no longer buttery smooth but jittery and stuttery. It also seemed like Reader purposefully wouldn't slide the page when you used a mouse wheel. It would jump down a few lines at a time like it was simulating the down arrow.

By my senior year I had switched from Windows to Linux full-time and it was then I found out about MuPDF and from then on things were never the same. It's literally the best PDF reader I've ever used, and I tried out quite a few. There are desktop and mobile apps. It opens almost instantly. It lets you easily resize the page with excellent keyboard shortcuts. There are no giant menu bars on either side of the page to squish the document down to an unreadable size. Having a dozen of them open at once doesn't bog down my PC. It's also available for all of the relevant operating systems I've used (Windows, Mac OS, Linux, FreeBSD)! Oh and password-protected PDFs are supported as well.

It's a fantastic piece of software And the best part is it comes with a variety of tools to edit and manipulate PDFs as well. If the folks I went to school with thought you needed the free Acrobat Reader to view a PDF, they sure as heck thought you needed to buy Acrobat Pro to edit one. Some of them refused to pay for it and used a variety of online services to upload, split or merge, and download PDFs. I honestly for the life of me can't understand why. MuPDF comes with mutool, which does all of the things I would ever need to do with a PDF. It can attempt to convert a PDF to other formats, like HTML. It can split and combine documents. It can even create them from scratch and sign them.

It's also free and open source. Can you imagine that? PDF viewing and editing being free and open source? It's AGPL (in addition to being commercially) licensed by the creators. The only slight drawback is the desktop version apparently does not yet let you fill out forms. Not sure why but this isn't something I use very frequently.

It's not the hottest piece of tech out there, but it just plain works and works really well. Maybe the only reason more people I know don't use it is because Adobe is synonymous with the PDF format. It doesn't seem like that big of a deal, but I feel like Acrobat has always been a piece of software that has frustrated new or infrequent users in computing. And that's just not good. Maybe the barrier to using MuPDF is the lack of GUI and abundance of keybindings, but for me that's no sweat. I'd say to anyone to just try it out and see if they like it. It is free, after all.